Heraklion is the largest city in Crete and the capital of the prefecture of Heraklion and one of the Mediterranean region’s most fascinating and vibrant cities with a great variety of places to visit.. It is the fourth largest urban center in the country and has one of Greece’s largest in-flight airports (second after Athens’ Eleftherios Venizelos and first charter flights), Nikos Kazantzakis airport, as well as a port with dense coastal transport mainly with Piraeus and other islands.The city is also the commercial and technological centre of the island. It’s strategic geopolitical position in the south-eastern Mediterranean Sea connecting three continents and many different cultures reveals a past full of history and great events

The average maximum temperature during the summer reaches 28 – 30 ° C. The sights of the city include museums, archaeological sites, monuments historic buildings that are worth visiting during your stay on the island, a summer-long arts festival, historical sightseeing’s, amazing nightlife and events throughout the year.

One of the most famous monuments is the Lions in Heraklion, the square of the Fontana Morosini, the ornate Venetian fountain with four lions with water gushing from their mouths. The Fontana Morosini is in Eleftheriou Venizelou Square in the centre of Heraklion, but the inhabitants of the city never use the official name, usually referring to it as the Lions Square or the Lions for short. Also one of the most impressive landmarks of the city is the Venetian fortress of Koules which dominates the entrance to the Venetian harbor of Heraklion. The Venetians called it the “Sea Fortress” (Castello a Mare or Rocca a Mare), but today it is known by its Turkish name, Koules, a corruption of Su Kulesi (Water Tower). The fortress of Koules gazes proudly out across the Sea of Crete, reminding us of the glory of Venetian Chandax.The region of Heraklion  has also much interesting sightseeing to visit, including the archaeological sites of Knossos just outside the city, Gortyn, and Phaestos, various monasteries and the Heraklion Archaeological Museum with a large collection of Minoan art. Cretaquarium is also a very fun place to visit, especially for children.

Disclosing the Secrets of Success in Luxury Hospitality 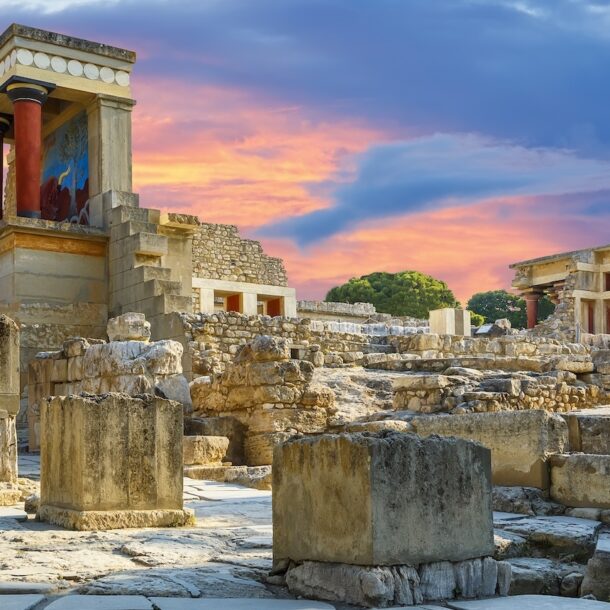